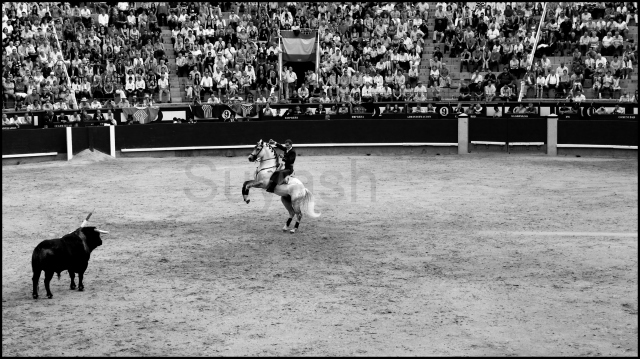 Not all relics should be preserved. Nor every tradition and culture are a matter of pride, always.

I was a witness to the death of three bulls in the Plaza de Toros – the main bullfighting arena of Madrid. Before i was there, i had no inkling of what exactly transpires in the bullring. Quite oblivious, and fascinated with the misinformation and misguided by videos and TV clips that bullfighting is just a sport between man and animals to prove one’s superiority, i was sitting in the ‘famous’ bullring of Madrid, dating back to 1929. Interestingly, this bloody sport is also regarded as an example of fine art where matadors exhibit their skills. 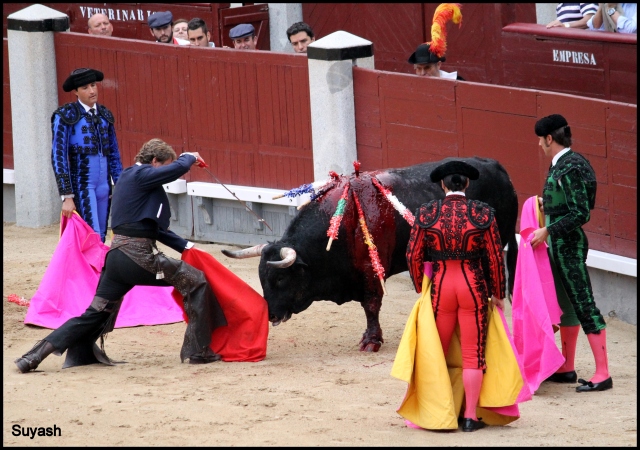 Bulls were baited by the matadors. They were chased by them and finally drained off their energies. And then started the most cruel aspect of this bloody sport. Spears with sharp barbs were stabbed in the neck of bulls repeatedly, so as to attempt piercing through their heart. And thus, these powerful bulls were tamed and finally, bled to their slow and torturous death, in the grandeur of tradition and culture.

Any such sport which cannot let men and animals co-exist on this earth are not worthy of applause and cheer. These animals are not for the purpose of your entertainment. Taming and killing animals does not prove the superiority of humans. It is not something to be proud of. Rather it demonstrates the cowardly side – how vulnerable humans are. 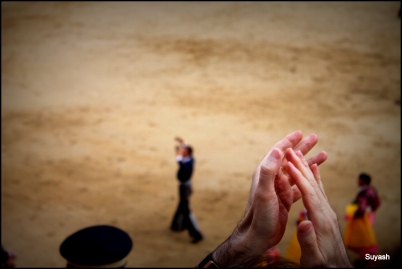 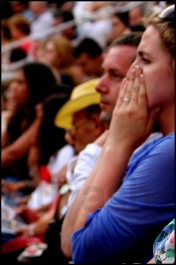 With this week’s theme and photos, i would like to create an awareness among many ignorant enthusiasts like me, who visit these rings for the first time, unconsciously, and return back heaving a sigh. Let us put an end to such relics!

Do let us know your thoughts on such cruelty to animals. Shouldn’t these traditions be banned? Will you make the mistake which I committed? Help me in promoting this cause towards animals against such barbaric and mindless killings.

Read my poem Wings on freedom and the better future. I Long to is another such poem with similar theme.

This blog is part of Daily Post – Weekly Photo Challenge and this week’s theme is Relics.