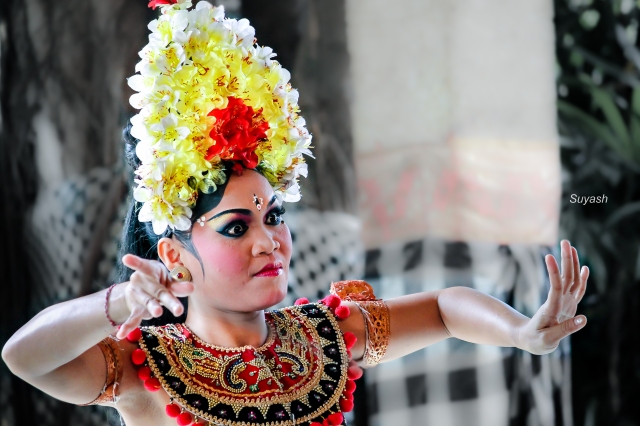 Bali is well-known for its cultural heritage – its temples, music and dance forms. One of the intricate dance forms you simply cannot miss when in Bali is the lion dance or locally known as the Barong dance. When we had visited Bali in the August of 2013, we watched the Barong dance on one morning and were completely enthralled by the performance. While i was writing this post today, my wife mentioned to me that Barong dance was probably one of the best things she had seen in Bali. Such is the charm of this dance form. Read the guest post on Bali here. 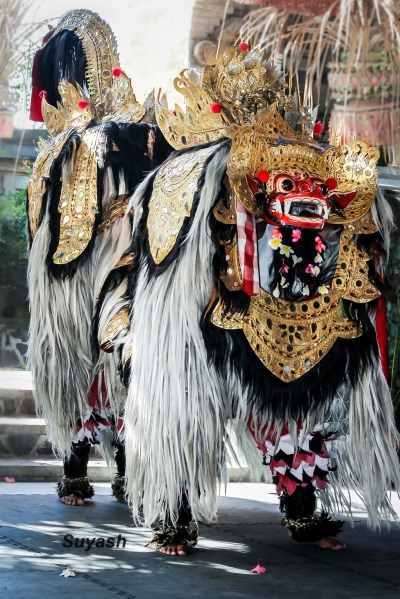 According to the Balinese, Barong is the mythological a lion-like creature, considered to be a good king. In traditional Balinese tradition, Barong, representing good, fights against the evil spirit, Rangda, and defeats it. The fight between the good and evil is the common folklore story of Barong dance across the island of Bali. Dancer wear the mask of lion, depicting Barong. (More photos of Balinese traditions here)

Performance generally begins with two mischievous monkeys teasing Barong in the forest. In next few scenes, popularly known as Keris dance, the evil spirit of Rangda casts its black magic over the male dancers and finally, these soldiers commit suicide by stabbing themselves. This is a wonderful act by the soldiers in trance. When the wrath of Rangda exceeds, Barong the king appears on the scene to protect the kingdom and its citizens from the evil spirit of Rangda. In the final scene of dance, fierce battle occurs between Barong and Rangda, resulting in the victory of good over evil. Defeated, Rangda runs away from the kingdom. 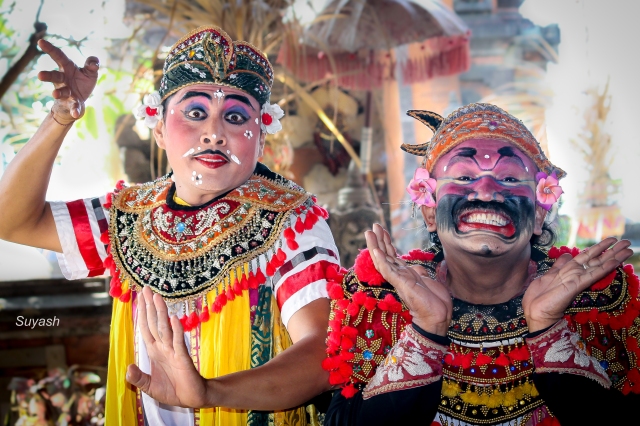 Often there is good amount of humor in between the acts when buffoons appear on the stage. They are dressed colorfully with traditional Balinese dress and make-up. Female dancers are dressed elegantly and perform charming dance steps. 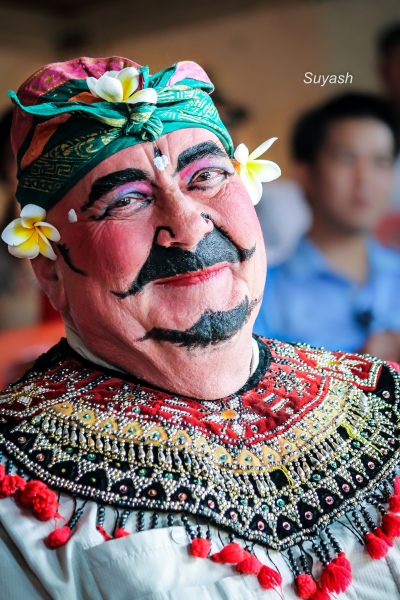 Spectator dressed up for the Barong Dance

There is a small team of musicians playing the classical Balinese music, called Gamelan, which is a variant of the Indonesian Gamelan music. Balinese instruments include the cymbals, bells, drums, bamboo xylophones, gongs, bamboo flute and other traditional instruments. 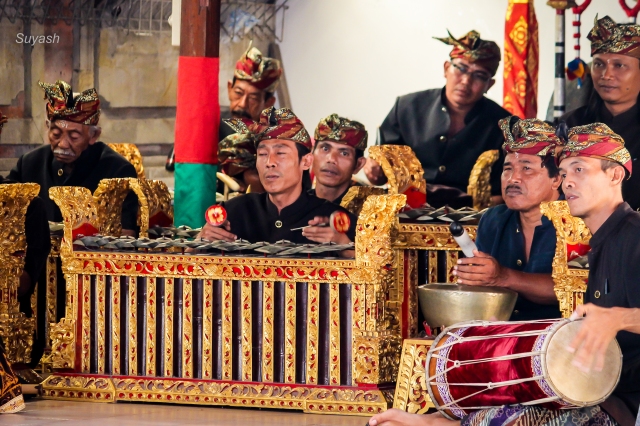 Where to see Barong dance in Bali?

We saw the Barong dance in Batubulan village in the morning 9:30 am. Usually, performances last for an hour. Most of the time, Barong dance is covered during the Ubud tour, either full day tour of Ubud or morning trip to Ubud. 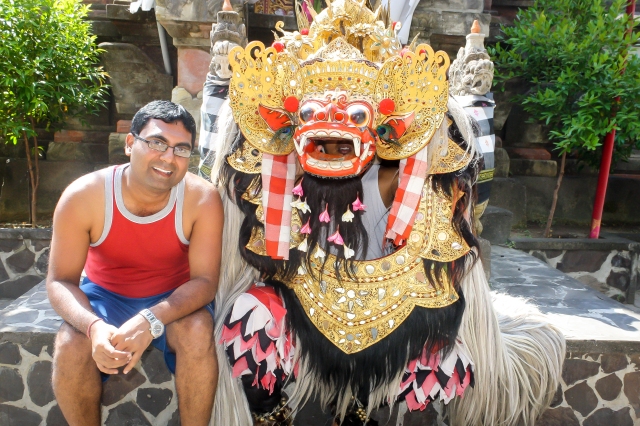 With Barong, the Lion in Bali

This post is inspired by Weekly Photo Challenge – Dance.